Dr Ashish Sabharwal has had a long academic career. He did his schooling from modern school Barakhamba Road, New Delhi in 1994.

After finishing the 12th boards with a higher percentage, He gave the national CBSE medical entrance exam and got a top rank in that exam. Based on the ranking, he went to RG Kar medical College, Calcutta for doing MBBS course which was for five years duration from 1994 to 1999.

Following the MBBS course, he underwent a practical training that is the internship for 1 year.

After completing internship in 2001, because of his passion for Surgery he went to Masters in General Surgery from BM Patil medical College in Karnataka which is a three year course of MS in general surgery from 2001 to 2004.

After that he pursued the diplomat of national board of urology i.e. urology residency from India’s most prestigious institute that is Indraprastha Apollo Hospital, New Delhi.

Dr ashish Sabharwal’s urology residency finished on 2008 after which he gave the USMLE exam and went to do a highly coveted Endourology and robotic surgery fellowship from University of Miami, Florida, USA.

This was a three-year course at University of Miami where Dr Sabharwal was involved in all aspects of treating Prostate Cancer Patient starting from the pre-operative care , learning Robotic surgery step by step and post-operative care of these patients He was also involved in various other urological procedures including enlarged prostrate treatment by laser surgery, greenlight PVP Laser Prostactomy, Kidney stone treatment by laser, treatment of erectile dysfunction including Penile Implant surgery.

Dr Sabharwal holds the ECFMG licence and has a full unrestricted license to practise medicine in Florida.

He finished the fellowship in 2011 after which he returned to India and is currently practising Urology and Robotic surgery in New Delhi, india.

He has his own specialised urology clinic by the name of Blue Ribbon Prostate clinic located in New Delhi, India and he does robotic surgery at India’s Best Hospital, the Indraprastha Apollo Hospital, New Delhi, India 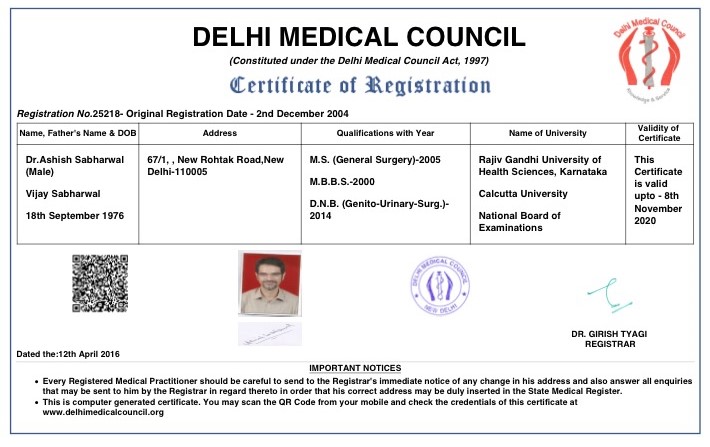 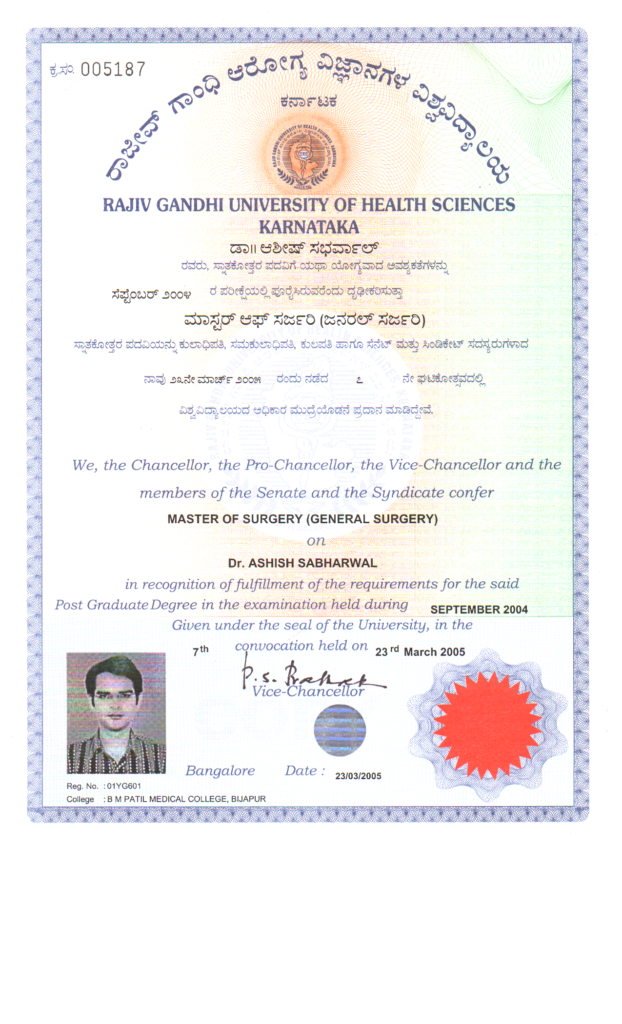 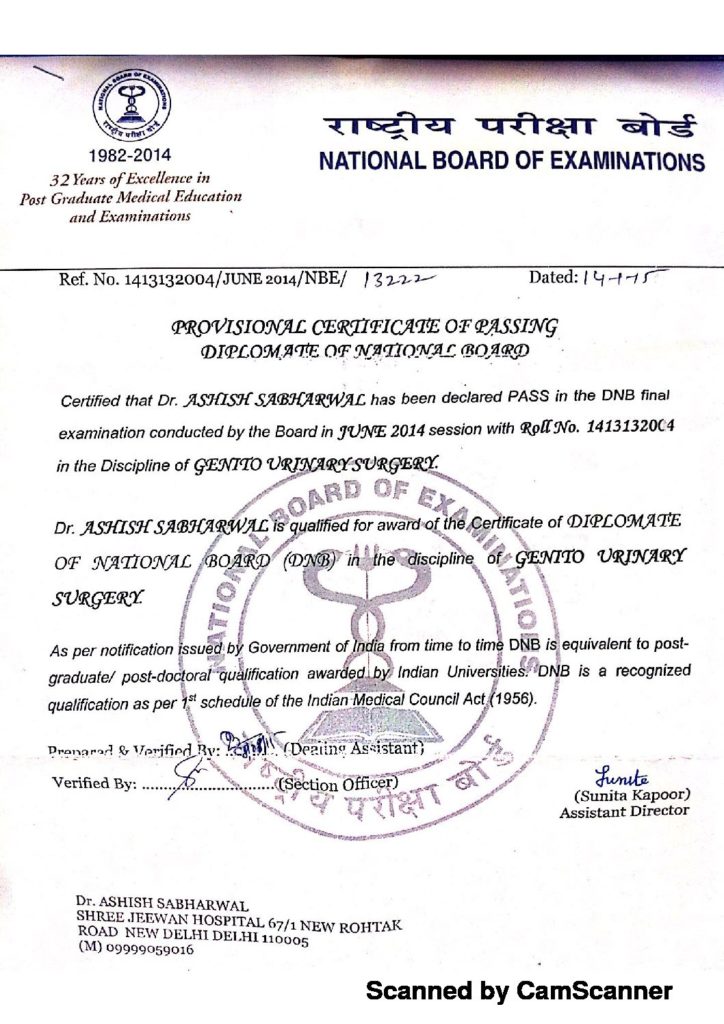